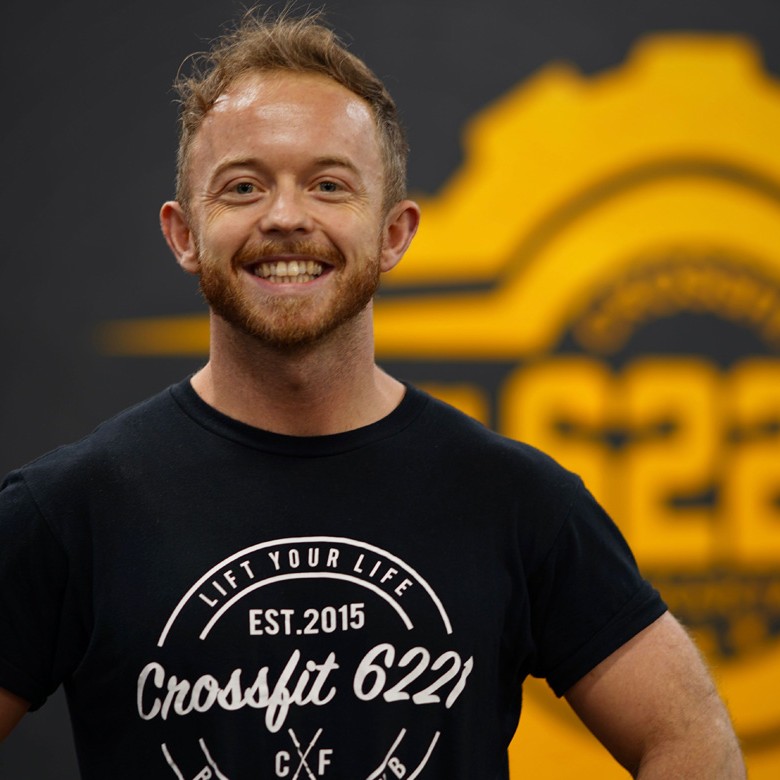 I officially started CrossFit in August 2013. I had dabbled in functional movement exercises before this but had never done a CrossFit ‘wod’. My journey begun at Tiger muay thai in Phuket. I had just finished my 2 hour muay thai session and quickly made my way into the CrossFit shelter we called the ‘box’. Kelly was on the menu.. a long chipper designed to hurt you. I enjoyed the pain, that was the easy part. The hard part was trying to keep my long hippie hair out of my face whilst I was throwing up afterwards. I managed to finish the workout within seconds of the timecap… That was the important part!

After training in Thailand for 3 months I was hooked on CrossFit. I enrolled onto a coaching course in Belfast as soon as I arrived at home in England. The course was an intense learning curve but I sponged as much information as I could and passed with flying colours.

At home in Leicester I looked up my local box and offered my coaching services in return of free membership. I started out as an intern coach then soon increased my knowledge and went onto confidently coaching beginners, advanced and specialized movements such as Olympic Lifting.

In January 2014 I flew over to Queenstown, New Zealand for a CrossFit boost. The CrossFit world tour was on at the time with the CrossFit giants such as Jason Khalipa, Chad Mackay and Kara Webb throwing down some crazy weight. There was also some interesting seminars from the crossfit brains Gregg Glassman and Dave Castro.

I returned back to the UK with fresh knowledge and a hunger for competition. I coached more sessions and increased my training volume. The rest of 2014 was a time for me to get as fit and as strong as I could… Competition ready for 2015.

In Late 2015 I began coaching for regularly at my friend’s box, CrossFit Le3. This was my second home. I enjoyed every session I had there. My days were full of juggling a full time job, CrossFit coaching and training private clients. But I finally came to a point that I decided to make CrossFit my main job, live and breathe it…

So here I am in South East Asia doing what I love – full time, and making a positive difference in people’s lives. I’m a helper, as long as you’re willing to help yourself then so am I. My goal is to help you to achieve your genetic potential in life. You only get given one body, why not find out out what it can do?